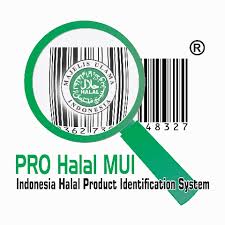 By VINDU GOEL and QUENTIN HARDY

Mr. Goldberg was a serial Silicon Valley entrepreneur and venture capitalist who was married to Sheryl Sandberg, the chief operating officer of Facebook.

WASHINGTON — The former deputy director of the C.I.A. asserts in a forthcoming book that Republicans, in their eagerness to politicize the killing of the American ambassador to Libya, repeatedly distorted the agency’s analysis of events. But he also argues that the C.I.A. should get out of the business of providing “talking points” for administration officials in national security events that quickly become partisan, as happened after the Benghazi attack in 2012.

The official, Michael J. Morell, dismisses the allegation that the United States military and C.I.A. officers “were ordered to stand down and not come to the rescue of their comrades,” and he says there is “no evidence” to support the charge that “there was a conspiracy between C.I.A. and the White House to spin the Benghazi story in a way that would protect the political interests of the president and Secretary Clinton,” referring to the secretary of state at the time, Hillary Rodham Clinton.

But he also concludes that the White House itself embellished some of the talking points provided by the Central Intelligence Agency and had blocked him from sending an internal study of agency conclusions to Congress.

“I finally did so without asking,” just before leaving government, he writes, and after the White House released internal emails to a committee investigating the State Department’s handling of the issue.

A lengthy congressional investigation remains underway, one that many Republicans hope to use against Mrs. Clinton in the 2016 election cycle.

In parts of the book, “The Great War of Our Time” (Twelve), Mr. Morell praises his C.I.A. colleagues for many successes in stopping terrorist attacks, but he is surprisingly critical of other C.I.A. failings — and those of the National Security Agency.

Soon after Mr. Morell retired in 2013 after 33 years in the agency, President Obama appointed him to a commission reviewing the actions of the National Security Agency after the disclosures of Edward J. Snowden, a former intelligence contractor who released classified documents about the government’s eavesdropping abilities. Mr. Morell writes that he was surprised by what he found.

“You would have thought that of all the government entities on the planet, the one least vulnerable to such grand theft would have been the N.S.A.,” he writes. “But it turned out that the N.S.A. had left itself vulnerable.”

He concludes that most Wall Street firms had better cybersecurity than the N.S.A. had when Mr. Snowden swept information from its systems in 2013. While he said he found himself “chagrined by how well the N.S.A. was doing” compared with the C.I.A. in stepping up its collection of data on intelligence targets, he also sensed that the N.S.A., which specializes in electronic spying, was operating without considering the implications of its methods.

“The N.S.A. had largely been collecting information because it could, not necessarily in all cases because it should,” he says.

The book is to be released next week.

Mr. Morell was a career analyst who rose through the ranks of the agency, and he ended up in the No. 2 post. He served as President George W. Bush’s personal intelligence briefer in the first months of his presidency — in those days, he could often be spotted at the Starbucks in Waco, Tex., catching up on his reading — and was with him in the schoolhouse in Florida on the morning of Sept. 11, 2001, when the Bush presidency changed in an instant.

Mr. Morell twice took over as acting C.I.A. director, first when Leon E. Panetta was appointed secretary of defense and then when retired Gen. David H. Petraeus resigned over an extramarital affair with his biographer, a relationship that included his handing her classified notes of his time as America’s best-known military commander.

Mr. Morell says he first learned of the affair from Mr. Petraeus only the night before he resigned, and just as the Benghazi events were turning into a political firestorm. While praising Mr. Petraeus, who had told his deputy “I am very lucky” to run the C.I.A., Mr. Morell writes that “the organization did not feel the same way about him.” The former general “created the impression through the tone of his voice and his body language that he did not want people to disagree with him (which was not true in my own interaction with him),” he says.

But it is his account of the Benghazi attacks — and how the C.I.A. was drawn into the debate over whether the Obama White House deliberately distorted its account of the death of Ambassador J. Christopher Stevens — that is bound to attract attention, at least partly because of its relevance to the coming presidential election. The initial assessments that the C.I.A. gave to the White House said demonstrations had preceded the attack. By the time analysts reversed their opinion, Susan E. Rice, now the national security adviser, had made a series of statements on Sunday talk shows describing the initial assessment. The controversy and other comments Ms. Rice made derailed Mr. Obama’s plan to appoint her as secretary of state.

The experience prompted Mr. Morell to write that the C.I.A. should stay out of the business of preparing talking points — especially on issues that are being seized upon for “political purposes.” He is critical of the State Department for not beefing up security in Libya for its diplomats, as the C.I.A., he said, did for its employees.

But he concludes that the assault in which the ambassador was killed took place “with little or no advance planning” and “was not well organized.” He says the attackers “did not appear to be looking for Americans to harm. They appeared intent on looting and conducting some vandalism,” setting fires that killed Mr. Stevens and a security official, Sean Smith.

Mr. Morell paints a picture of an agency that was struggling, largely unsuccessfully, to understand dynamics in the Middle East and North Africa when the Arab Spring broke out in late 2011 in Tunisia. The agency’s analysts failed to see the forces of revolution coming — and then failed again, he writes, when they told Mr. Obama that the uprisings would undercut Al Qaeda by showing there was a democratic pathway to change.

“There is no good explanation for our not being able to see the pressures growing to dangerous levels across the region,” he writes. The agency had again relied too heavily “on a handful of strong leaders in the countries of concern to help us understand what was going on in the Arab street,” he says, and those leaders themselves were clueless.

Moreover, an agency that has always overvalued secretly gathered intelligence and undervalued “open source” material “was not doing enough to mine the wealth of information available through social media,” he writes. “We thought and told policy makers that this outburst of popular revolt would damage Al Qaeda by undermining the group’s narrative,” he writes.

Instead, weak governments in Egypt, and the absence of governance from Libya to Yemen, were “a boon to Islamic extremists across both the Middle East and North Africa.”

Mr. Morell is gentle about most of the politicians he dealt with — he expresses admiration for both Mr. Bush and Mr. Obama, though he accuses former Vice President Dick Cheney of deliberately implying a connection between Al Qaeda and Iraq that the C.I.A. had concluded probably did not exist. But when it comes to the events leading up to the Bush administration’s decision to go to war in Iraq, he is critical of his own agency.

Mr. Morell concludes that the Bush White House did not have to twist intelligence on Saddam Hussein’s alleged effort to rekindle the country’s work on weapons of mass destruction.

“The view that hard-liners in the Bush administration forced the intelligence community into its position on W.M.D. is just flat wrong,” he writes. “No one pushed. The analysts were already there and they had been there for years, long before Bush came to office.”